Skip to content
Magnus OkekeLifeNo Comments on Women With Anger Issues, Is There A Cure? 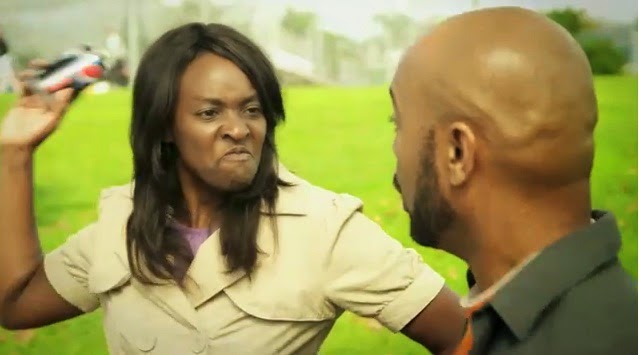 Anger is part of being human. It is a natural response to an attack, an insult, a deceit or frustration.

Sometimes, excessive anger can also be a symptom of some mental health problems. However, some women’s anger is just beyond the mentioned examples.

A woman was searching for her purse in the market. Her firstborn, a 13 year old girl, was assisting her in the shop. She got tired of cursing the ‘thief’, complaining about the missing wallet and turned to her daughter to ask her again. They girl said she didn’t take it. She asked the girl if she saw anyone taking it, in an angry tone. The girl, knowing how her mother behaves when she is angry, said she did not and started sobbing, swearing that she did not take it. As she continued to sob, the woman slapped her and told her to stop shedding crocodile tears. Before the girl could say another word, her mother started beating her for lying about the purse and her money. As the beating continued, the girl started bleeding from the nose. Her fellow market women gathered to stop her. She held the girl’s dress at the neck and almost squeezed her neck, asking for her money. It was in the midst of the commotion the purse was found with another market woman’s baby boy that just started walking.

Another potential example is the case of Mr Charles.

I and Hannah have been married for over three years now. Hannah gets angry at almost every mistake or negative action i take. Being yoruba, she gets very abusive and tirades when she is in that state. Once, I was out with friends and arrived home by past 11 pm. I packed the car in the compound and walked into the house. As i entered the parlor, it was dark, i turned on the lights to see Hannah sitting on a couch furious. Shocking but not new, before i could explain, she threw a small pillow on the couch at me and started hitting me. As she was hitting me, she was asking me where i was coming from. I tried to stop her and beg her but she wouldn’t even let me talk. She started calling me all sorts of names.

– Charles
My wife is a destroyer. When she gets angry, she breaks things in the house and whatever her hands can carry, she will throw it at me.
-Tunji
The serious thing about this matter is that most women begin to beg after the damage has been done. They begin to show self judgment and feel small, stupid, and guilty. Thank God for kind husbands and good men. Anyways, na love… abi?

Some women are even angry today because they don’t have what other people have. She could be angry with friends. She could be angry with sisters, in laws, society, maybe because she was abused in an earlier time or age. Sometimes a woman would be angry in her husband’s home because her husband is not as rich as his brothers. This often leads to jealousy with other family members and she will threaten to leave the husband or make the husband hate his rich brothers. If you are one of them, don’t forget the saying that, “If you have a negative relationship with money, you can not have a positive experience money either.”

Similar Post:  Learn To Self Publish On Okadabooks - Get The Free Manual Here 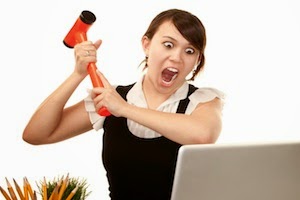 Causes Of Anger
1. Abuse: It could be verbal abuse, a past experience ( rape) or severe beating from a husband
2. Fear
3. Lack of control. Women often get angry at their husbands, children or family members when they see something bad in these people and can’t stop them from doing it
4. Negative thoughts about other people due to a past experience. Most women are angry with life and men because they were abused and the abusers went scot free.
5. Mental problems
6. The grief of favoritism. When parents favor one child over another
7. The anguish of false accusations. A woman could hate you and attempt to hurt you for life because she is accused of what she didn’t do.
Lies About taming A Woman’s Anger
1. If You Starve An Angry Woman, She Will Calm Down And Come To Her Senses. Women are not children. If you starve her, she will either poison you later or bring up the issue back.
2. If A Woman Is Angry, Get Angry Too And Beat Her Very Well. If you touch your wife, you will destroy your marriage, lose respect and she might stab you in a fight.
3. Send Her Packing?
After how many years of marriage. Did anyone marry her for you? Will that cure her quick aggression and anger? No.
4. Always Give Her Enough Money
hmmmmm…. It doesn’t really work. If you arrived home late with the smell of another woman. All the money you gave her will not save you o. Maybe she’ll use it to get bandage after she breaks your head
5. Don’t Give Her Money At All If She Is Angry
Okay, you want to double the wahala abi?
6. Take her to a bar to get drunk.

Really? you are not helping her at all. 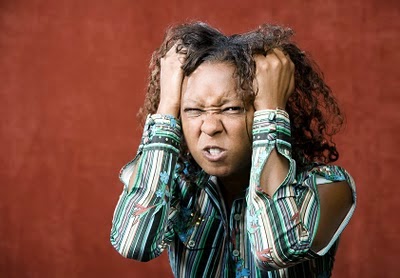 Solutions
1. Try as much as possible to prevent the anger in the first place. When the causes and effects is all calm or quiet, you could talk about what caused it in the first place. The first step to anger management is preventing it in the first place and forgiving the causer.
1. Men. Go with her for counselling. It could be a pastor or doctor’s place. Anywhere you strongly believe is genuine that she will be healed.
2. Awareness and a good sense of understanding to pinpoint the reason for the anger and calm down. Also, it will be great if the woman SHUTS UP at that point of anger and understand that everyone gets angry. We choose whether to control it or not.
3. If the causes of this anger is hidden, it is reasonable and matured to talk to someone about the hidden reason for the anger and let the burden out before it bears jealousy or worse
4. Listen to positive people and read positive books. turn down the news and listen to funny talks and interactions on radio. Watch a comedy video or movie and hangout with friends who gist and talk about other interesting and funny things or events, apart from people and their problems.
5. Take a walk with your husband or friend and visit interesting places and family. Exercise regularly and keep quiet when your friend or husband is making a correction
6. Change your environment, mood and thoughts about other people
7. fast and pray about it. This might seem too religious but it’s another ultimate way to kill chronic anger.

For more info on This topic. I have attached a free short e-book for you. Click the link below this text to download

Women With Anger Issues, Is There A Cure?
Interesting? Please share
28
28
Shares
28
Shares
28