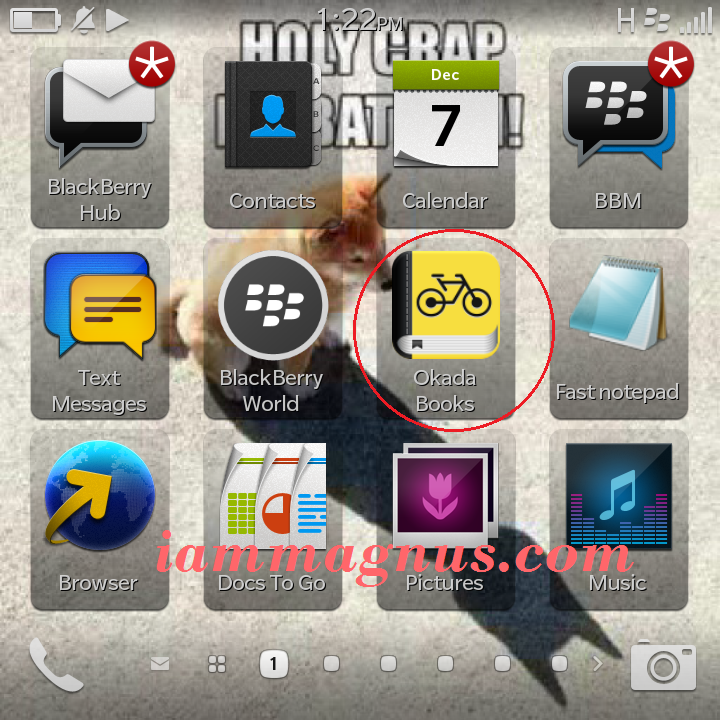 OkadaBooks .Apk For Blackberry
If your Blackberry Phone runs Android Apps, Simply Download this .apk version i uploaded here, V.2.2.3 (12/7/2014) and Install it in your blackberry. It works very well. Infact, you could skip the tutorials in this page. You wouldn’t need it.
But it’s advised you go through the page if you’re not sure your Blackberry runs Android Apps and to extend your knowledge about this app.
You could read the rest of the post below for more info. with screenshots 🙂
My Teacher Mums and Big gurls can now read books on their Blackberry, anywhere, anytime, any day, anyway, anyone!… LOL

OkadaBooks is one of the most, The most fantastic platform for both writers and readers of this decade, maybe century. It could be accessed anywhere because you could use a phone in the toilet too (chuckles). Yup, you know i’m crazy about books and gadgets and this platform has wedded the two… (coughs)

I was going to join the bike with four books but my editor was preparing for her service and OkadaBooks only works worked on Android. Okay, maybe the former was an excuse. The books are at the shores of “The End” and they need thorough revision and editing.
You know, I wasn’t always a blackberry fan until my boss handed me a Q5 which i considered useless at first (i hope she doesn’t read this) until i realized it could run Android apps. yahhhh!!!. Check this out… According to Wikipedia:

“In March 2011, RIM announced an optional Android player that could play applications developed for the android system would be available for the BlackBerry PlayBook, RIM’s first entry in the tablet market. On August 24, 2011 Bloomberg News reported unofficial rumors that BlackBerry devices would be able to run Android applications when RIM brings QNX and the Android App Player to BlackBerry.
On October 20, 2011 RIM officially announced that Android applications could run, unmodified, on the BlackBerry tablet and the newest BlackBerry phones, using the newest version of its operating system.”

With that info, i’m glad to announce that the new Blackberry smartphones are now smarter. I still have access to Blackberry Appworld and .apk files from my previous “Nameless, Cheap” Android (hehehe). Blackberry phones with the latest Models (BlackBerry 10 devices) from BlackBerry Q5 (2013) to the New +BlackBerry passport (2014) runs most +Android apps and one of these Apps is +Okada Books. Lets get to the tutorial, i’ve said much already. 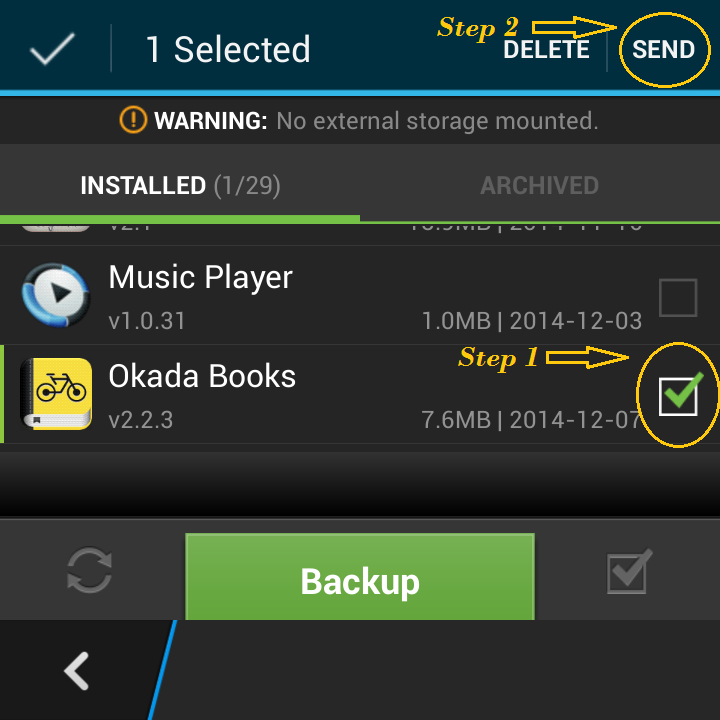 Simply select the OkadaBooks app by ticking the box (see Step 1 in the screenshot Above) and select “Send.” You’ll see a pop-up immediately with two options (see screenshot below). 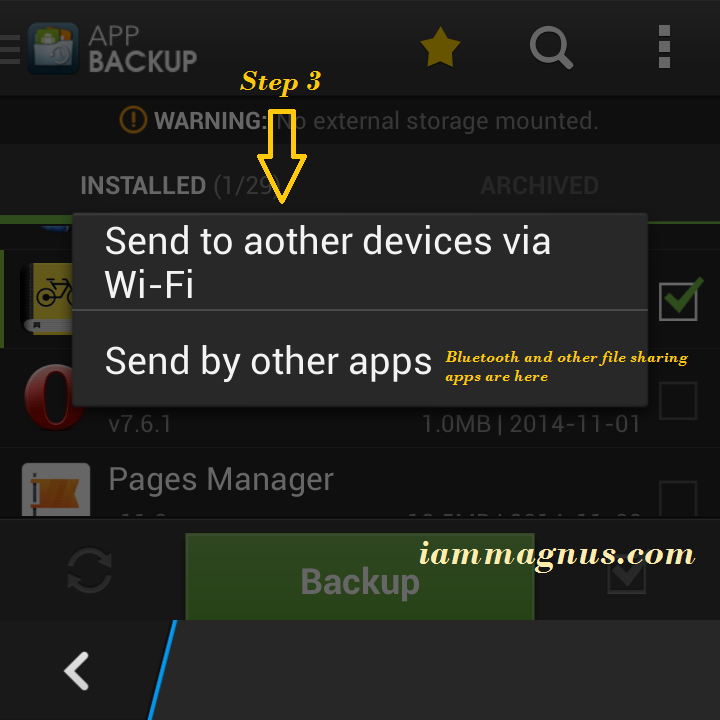 It’s advisable to send by other apps because all the File Sharing apps in your phone will pop up when it’s selected. If it does, select “Bluetooth.” and send it to the Blackberry Phone.

When you receive the app in your blackberry, it should be saved in the “Downloads” folder. Install it. That’s all.

Recommended Post: 5 Qualities To Look Out For Before Choosing A Template For Your Book/Story Blog

I’ll share the rest of the process through screenshots. The processes you read above should take 5 minutes or less.

Reading Your Downloaded Books
The last screenshot above is a “download in progress shot.” Now, when you have downloaded the book, you could read it from the “My Books” section with your internet connection turned off. This is possible because the app has been built for easy data optimization, obviously. 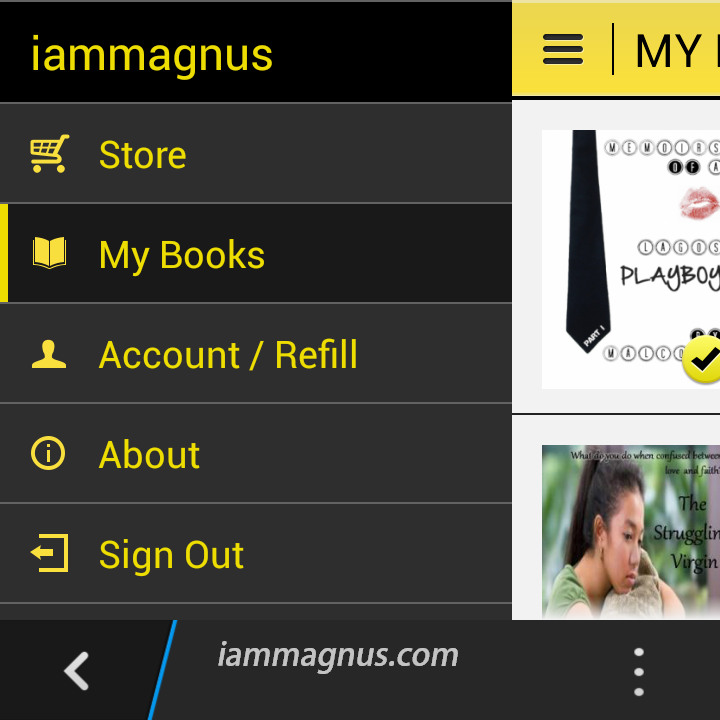 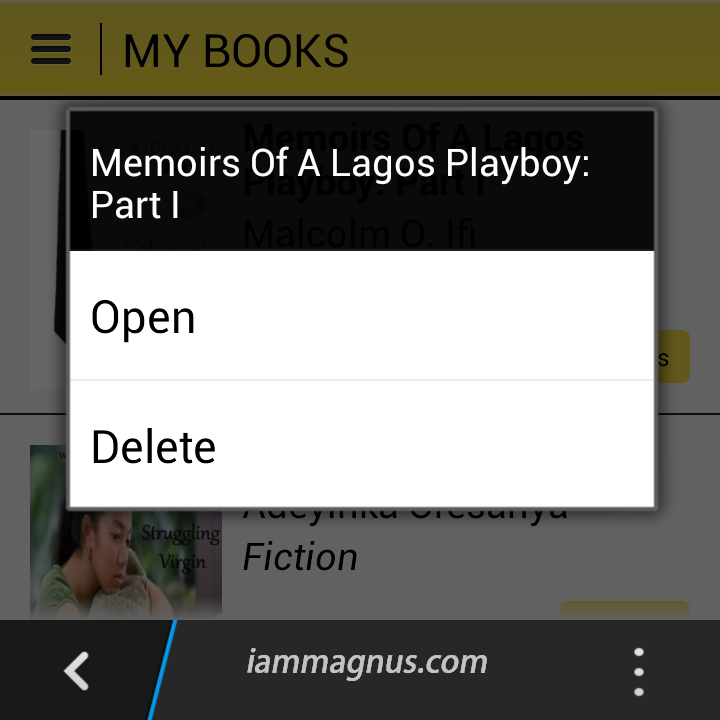 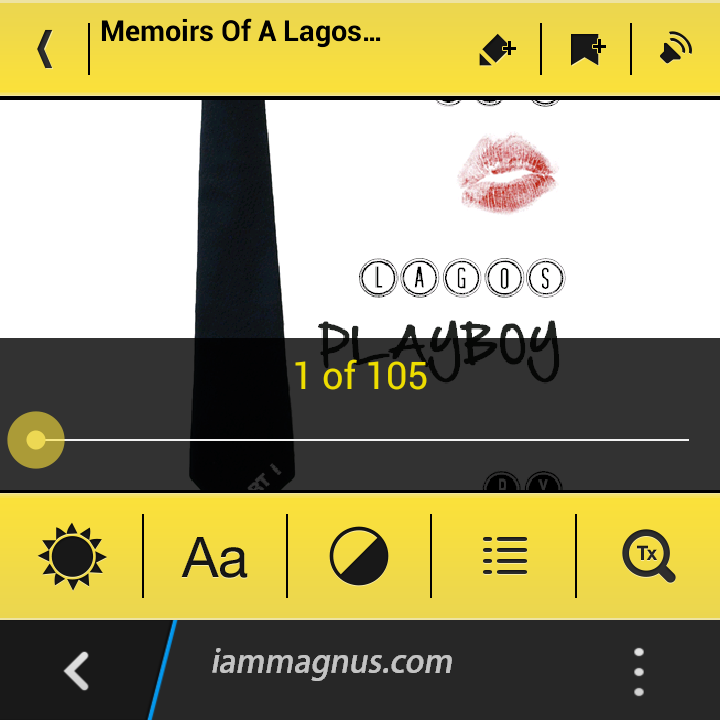 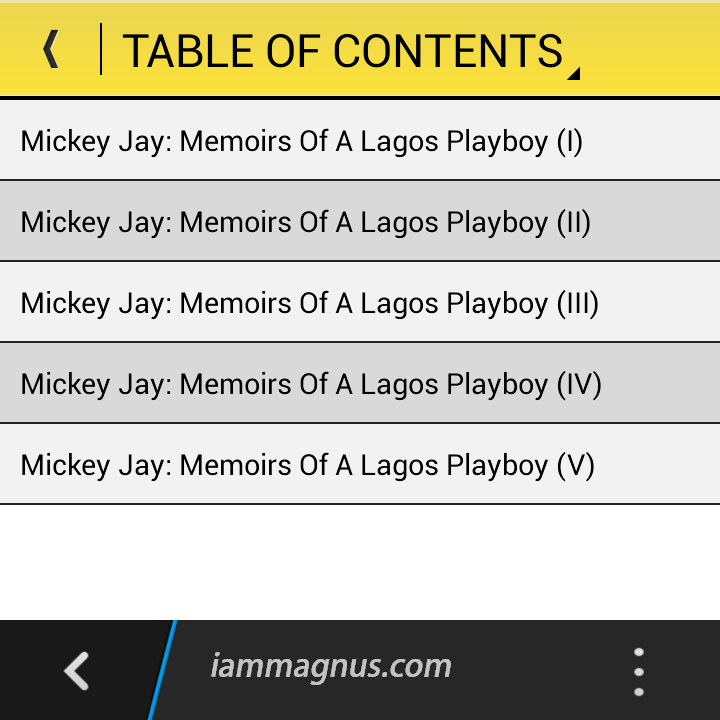 Recommended Post: 5 Ways To Turn Your Imaginations Into A Book 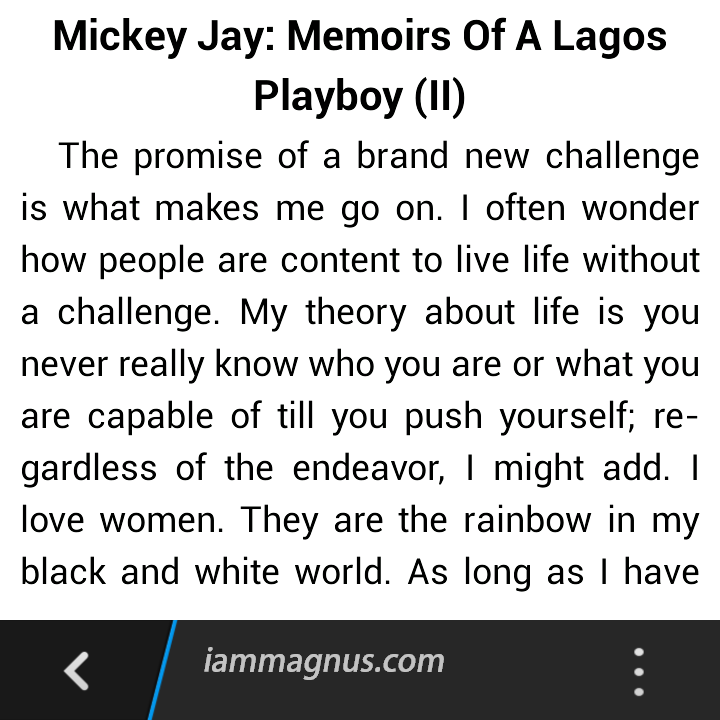 You don’t really have to read it online. It could be read offline because your downloaded book is in your phone, but you can’t find it easily because it’s deep within the phone to avoid deletion from your enemies…LOL. And other illegal purposes that could be punishable by the law.
However, To locate the book in your phone, follow these folders
[Device/misc/android/Android/data/com.okadabooks/files/books] All the books you have downloaded could be found here and they are in .epub version. Blackberry/Android apps rarely comes with .epub readers, I guess its why the app was built with an .epub reader. Smart huhn?
Another wonderful thing about the app is that it has an “auto read out loud” function. While reading a book, you could tap the small speaker at the extreme top-right-hand-side to switch from the default visual mode to audio-visual mode. In this mode, a Female voice could read the entire ebook to you. The voice is a bit slow but with this mode, you could learn to pronounce some really difficult words. Isn’t it Awesome? (See the screenshot below)
Conclusion: It’s working just like the Android version. Now to test the Okadabooks’ App on your Blackberry (skipping those Android processes), you could download this .apk version i uploaded here, V.2.2.3 (12/7/2014) Mind you, it’s advisable to download a new version from the Android Playstore every month (at least) because there might be new updates. Read, Ride, Share!
Warning: This Content is highly copywritten, do not copy-post, use images or all of the above without permission.
How To Install OkadaBooks’ App On Blackberry In 5 Minutes
Interesting? Please share
1
1
Share
1
Share
1
Similar Post:  Sex During Pregnancy