Skip to content
Magnus OkekeLifeNo Comments on Reading? Here’s 5 Okadabooks You Should Read In September

It’s September in a bit, wow! I thought it’d take awhile. Anyways, i’m still alive and so are you, right? 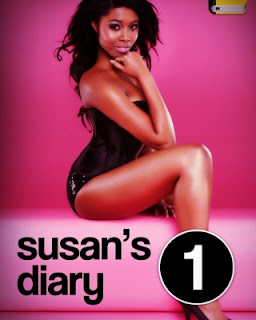 If you’re not the “picky” type of reader on Okadabooks; you’d always find it difficult to choose what to read and who to choose from, most of the time. This is so because there are so many genres and authors on the platform and the books keep coming in… like your school’s graduation ceremony!

Anyways, i’m recommending the following books to you, so you could add them to your “MY BOOKS” section anytime you sign in with the app again.

Now, i left the descriptions of these books below… SPOILER ALERT! I did not leave the entire description because i want you to check them out, fast! Lets do it!

THE TENTH GENERATION: Frank Anozie
Chika’s greed leads him to the lairs of his village’s most-feared god, Alaogbaga. His pledge to the god is simple enough: ‘Protect me and make me rich, then take my life after fifteen years’.

Fifteen years later, Chika doesn’t want to die. To preserve his life, he makes another pact with the devil; the god, Alaogbaga, will be born to Chika’s lineage in the tenth generation. A black bead is given to Chika by the chief priest, it must be passed from generation to generation until the child is born. It is the symbol of the covenant.
Somehow, the knowledge of this covenant is left in the hand of a group of devoted men, called The…

THE BRAND OF CAIN: Larry Sun
Africa’s first detective tackles one of the most baffling cases of his career.
In this story, different people are brought together by a sheer twist of fate. Some are born to sweet delights where others are born in beds of thorns.
Heredity has been too strong on Richard Philip who was born poor at the wrong side of the blanket; an armed-robber rapes an innocent girl and Richard is the product. Now, after twenty-seven years, that child is heading the path of crime his father has once trod. He gets himself employed as the driver of a business tycoon, and the shocking secrets he learns about his new u and the gorgeous wife culminate into a well-planned, cold-blooded ‘murder’…..

At already half past five one morning, a fourteen-year-old boy discovers a body with a bullet hole on its forehead lying outside its compound. And Detective Lot’s sudden appearance at the crime scene is a… Nope! I’m not sharing. Get it on Okadabooks

FALSE PRETENSES: Peju Amadi
Falling in love with her billionaire boss, Ise Williams hadn’t been Kite’s plan but when he opens his heart to her after she is betrayed by someone she trusts, kite is powerless to control the steady freefall her heart engages in.

Faced with differences in their social status, blackmail from her ex fiance, opposition from Ise’s doting mother, Ise’s jealous P.A and a psycho kidnapper…

TRAPPED (SERIES) and NAKED SECRET: Karo Oforofuo
Sometimes i thought she was a crazy writer out there because of one of her piece i once saw, suspense!… Then she wrote a romance novel… Then the scary trapped series. You really need to see her books, They’re worth the read…

When a fun night turns into a life and death situation where you suddenly realize you didn’t really know those around you whom you thought you knew.

I was one of those that had a chance to look at Red Hue but it was officially published and i’m telling you. It’s EPIC! and Free too?

There goes my recommended reads for September! Are you reading something great too? Do you have a book on Okadabooks, let me know on the comment box below!
I’m also RECOMMENDING MY FREE MEMOIR: Running From Love
Thanks for dropping by
Reading? Here’s 5 Okadabooks You Should Read In September
Interesting? Please share