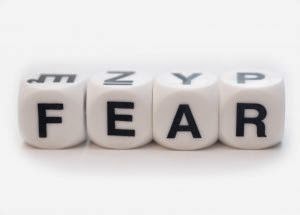 If you’ve watched Will Smith’s “After Earth”, you’ll see the way he talked about fear, calling it “self-imposed” which means you created it, you could destroy it.

Most people don’t work on their dreams because of fear. The fear that they won’t succeed or what people will say. John C. Maxwell in his book (Talent is not enough) said “A woman with a will to win have her naysayers and a man on a mission will have his critics”. Fear is why most people fall, some even make their fear more powerful than they are, more powerful than their dreams. Napoleon Hill said “people refuse to take chances in business, be

cause they fear the criticism which may follow if they fail”.

That’s why you’ll never have what you want to have or be who you want to be. I used to say “I’m not bold enough”, and some people will say “I’m too small” not because we are but because we’re afraid. I worked on my fears with the help of my friends and prayers. Everything you imagine, you bring into reality, and fear is not an exception. It’s not real, Its False Evidence Appearing Real (Fear)

The best way to overcome fear is to keep doing what you do. I was in a vigil week’s back, just before a teacher gave his speech, he said “I used to be scared and shaky whenever I’m called to sing or call a prayer point, but as time passed, I could do it over time.”Be it faith in God, confidence, or hard work, the only way to master , increase and rise in it is too keep doing it with a positive belief in yourself, just like body building”.

When you’re scared, remember that time stops for no one. Why don’t you start now? I tell people “Your yesterday’s tomorrow is today and today is almost coming to an end.” Fear slows us down, it makes us weak. You’re made unique, accept yourself as you see yourself beyond your fears not as a victim. If you lost, try again; keep trying because success is born through fears, get tired of losing, behind every fear is that person you want to be. Its “self-imposed” which means you created it, you could destroy it.

Who do you want to be? Who do you see yourself as?

Also Read: A Fact About Patience